First things first, what exactly is a glyph?

In the world of typography a font is a set of characters, numbers, and punctuation that comprise a family to be used together. A glyph, on the other hand, is a single character that within a font set may have several different designs.

When working within InDesign in the past if you wanted to see if there was an alternative glyph you needed to select the character, open the Glyphs panel (Type > Glyphs or Window > Type & Tables > Glyphs), select a category in the Show menu, and then scroll to find your character option.

The November 2015 update to InDesign has added an interesting and incredibly simple way to make this choice.

Simply select the character you wish to replace with a different glyph and look for the blue border that shows up at the bottom of the selection. If you float your cursor over the blue border a callout will show you any alternate glyphs available. You can then simply click on your choice and it will replace the existing character. 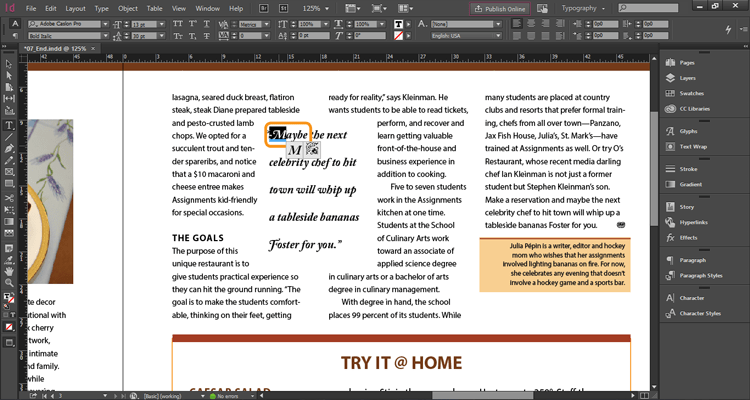 It will even tell you if there are any fraction glyphs available. 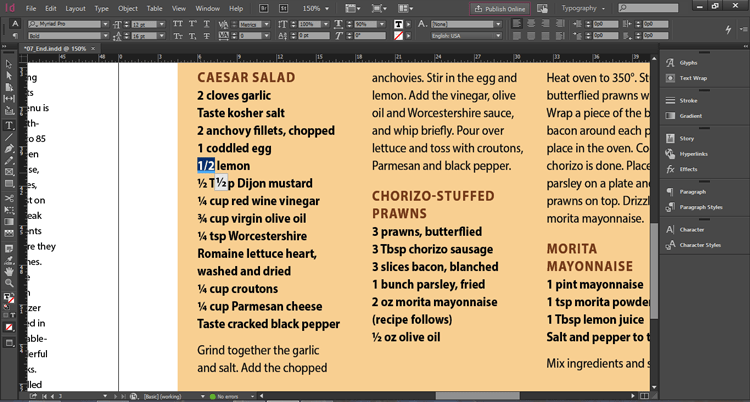 This is wonderful when replacing an existing character, but what about finding symbols you may need in the initial creation of your document; like the euro, copyright, or trademark symbols. InDesign’s latest update has added a new search feature within the glyph panel. Simply type in a name, value, or character and it will search the font set you are currently using. 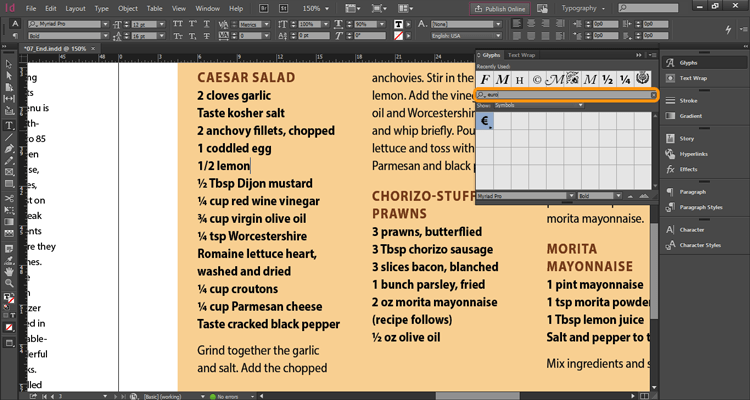