The toolbar has been a part of Photoshop dating all the way back to version 1.0, released for the Mac in 1990. It has gone through a variety of changes over the past 25 years, most of them involving arrangement of tools and the addition of new tools.

Either from the edit menu… 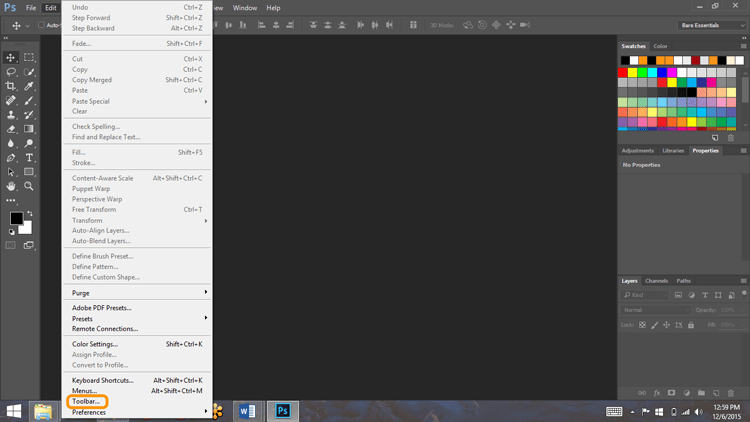 or using the newly added Edit toolbar button, which appears as an ellipse within the toolbar itself… 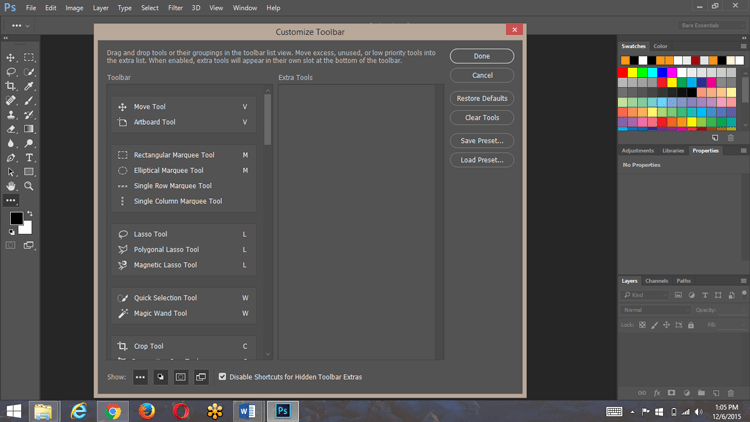 Your new toolbar arrangements can even be saved as presets and loaded when you desire.

After years of being able to modify menu options, create custom keyboard shortcuts, and set up personal workspaces, customizing the toolbar is a welcome addition.