The Layers Panel in Illustrator–Tips and Tricks

In my last post, I mentioned that the Layers panel serves a more vital function in Photoshop than it does in Illustrator. No offense to Illustrator, of course! But there is a reason I said this.

In Illustrator, unless the user makes it happen, objects cannot “smear” together as if they were oil paint that doesn’t dry. So the need to separate things by layer for Photoshop-ish reasons does not exist. But the Layers panel in Illustrator does serve another, equally useful, function—that of organizer.

In fact, there are two levels of organization we can see in a typical Illustrator document:

First, the layers themselves, which can keep things together in the same fashion as having two or three storeys in a house. A real-life example might be a document for publication in Canada. Many documents there, especially legal ones, must be bilingual. If one places all the graphics in one layer, all the French text in a second, and all the English in a third, one can easily show or hide the appropriate text for printing two versions of the document, and avoid having to create two separate documents, which would take rather more space. 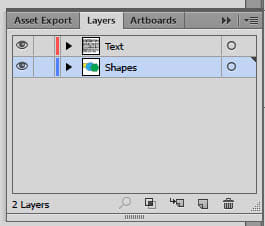 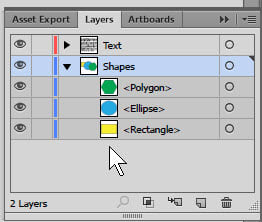 But one point remains the same between Illustrator and Photoshop: Don’t create more than you need, for whatever reason. Each one is almost a separate document within the file. Each takes up a significant amount of room, so be sparing.

To learn more, take a look at our Illustrator training.