Making a Font Selection in Photoshop CC 2014 or Later 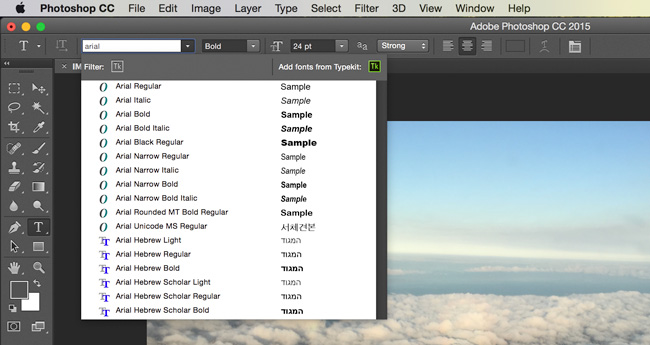 This isn’t about choosing the perfect font to enhance a brochure or flyer. It is much simpler than that.

In most applications today when we want to change the font being used, we make a choice from a long list of fonts installed on our computer. It’s generally a combo box, list box, or whatever term you want to use to describe some type of list.

They are generally in alphabetical order, so you start scrolling to find your chosen font within what feels like an endless list.

Photoshop CC 2014 or later to the rescue!

At long last, instead of scrolling through a list of fonts, you just type the name of the font you wish to use at the top of the list box. For instance, type A-R-I-A-L and the fonts containing those letters, in that order, will appear. As a matter of fact, Arial in it’s different incarnations is the only font in the list .

Gone are the days of scrolling past…
back up…
oops, too far…
back down…
I know it’s here somewhere.

Sometimes it’s the simple things that bring a smile to your face.