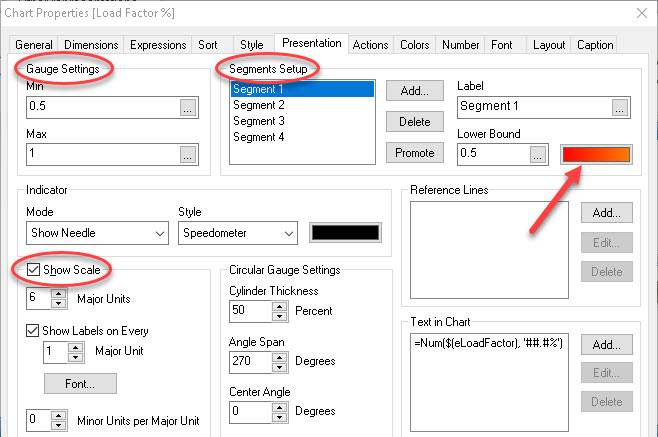 QlikView, one of the big BI (business intelligence) programs you can get today, has a number of graphical ways to display data, which it calls charts. Among these, one of the coolest (sorry, but it is) would have to be the Gauge chart. And of …

When putting together a data model for a Qlikview application you will occasionally run into a field that is not formatted properly, both from a numeric and presentational perspective. Behold the transformed junk file that Qlikview organized into meaningful data. Meaningful yes, recognizable by the …

Qlikview makes it quick and easy to assemble your data into a professional BI application. But sometimes the information needs a little boost, that extra touch that makes the difference. One way to accomplish this is using Expression Attributes. These attributes can be found on the …

Here is a simple and very straight forward suggestion when working in QlikView’s Script Editor. When you are loading data from any source and your LOAD statement has a list of fields that you may want to shorten at some point; consider this simple suggestion. …

We spend so much time trying to make things run as quickly and efficiently as possible, but sometimes we just can’t help ourselves when it comes to self-promotion.

QlikView loves making things go fast; starting QlikView is another story. As if we were unaware that we had elected to launch QlikView, a several second “commercial” in the form of a splash screen has to tell us that we are one of the lucky ones. 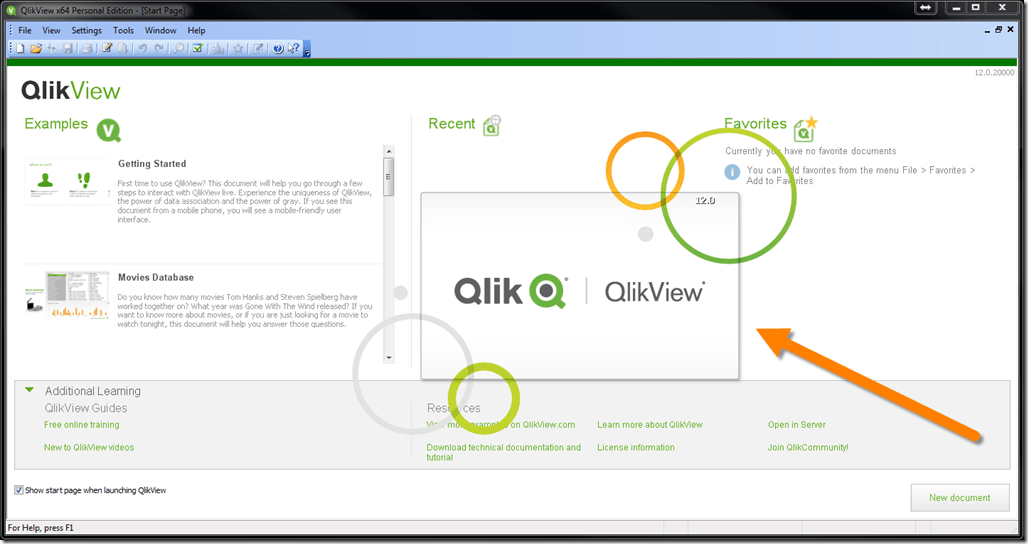 As much as I enjoy using QlikView, I find the startup splash screen to be a bit of a nuisance.

The good news is, there is a VERY easy way to prevent the splash screen from being displayed during program launch.

When adding an expression to a list box, one of the common complaints is that the numbers displayed are devoid of any number formatting.  This is especially frustrating when displaying large numbers without commas to ease readability. 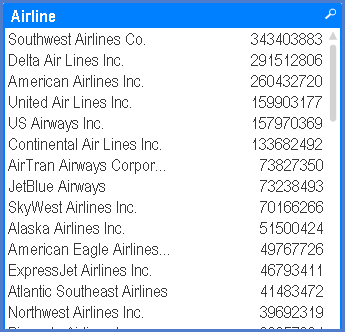 What most beginning report developers try is to format the values with the Number tools in the list box’s properties.

While developing a report, you may be loading thousands if not millions of records during the execution of your script.  If you are making edits to your script, and require a reload of the data to test your script changes, you may find yourself spending …

Because QVD files load SO MUCH FASTER than the original data sources (i.e. Excel, Access, TXT, etc…), you may wish to save all of your tables to QVD files.  There are a couple compelling reasons to do this: You wish to develop your report in …